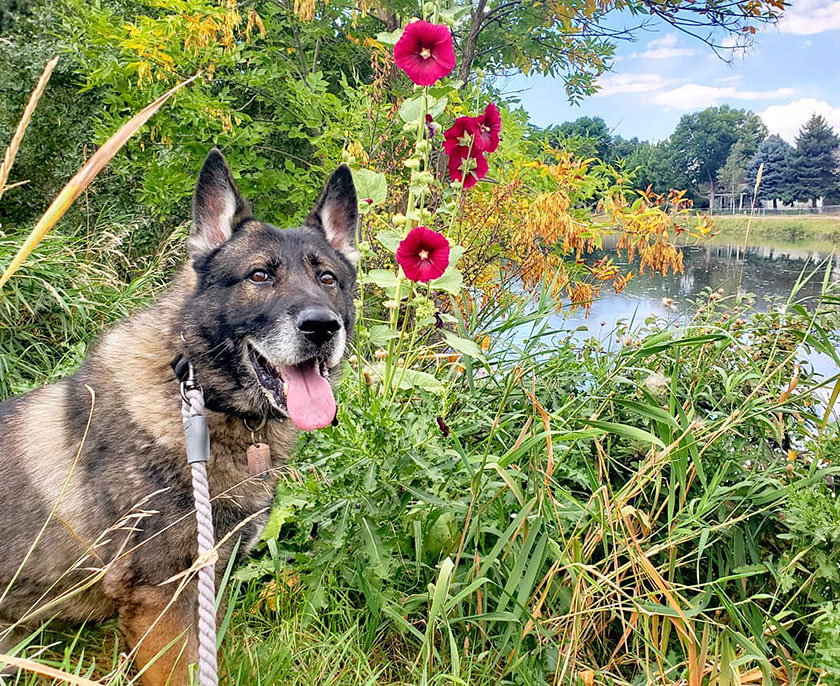 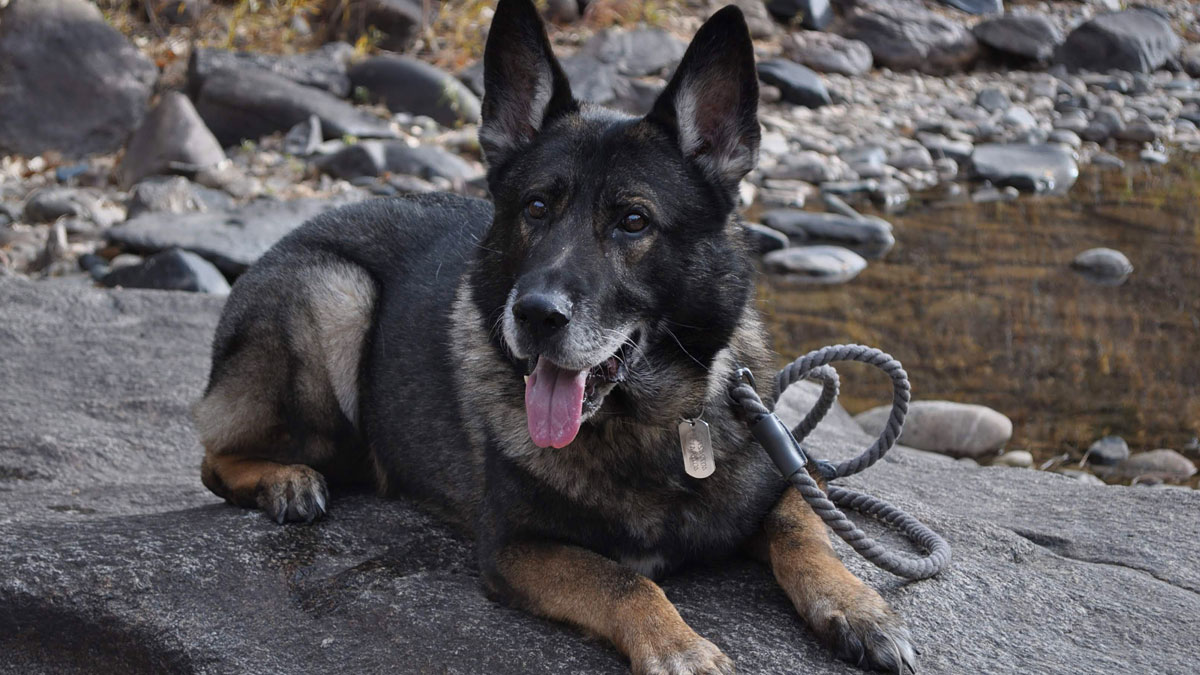 I wanted to give him the best rest of his life. 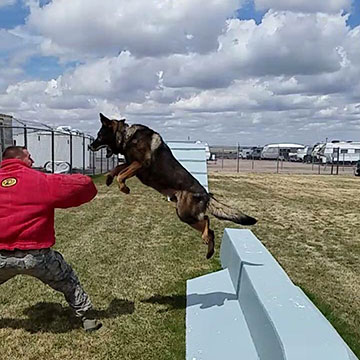 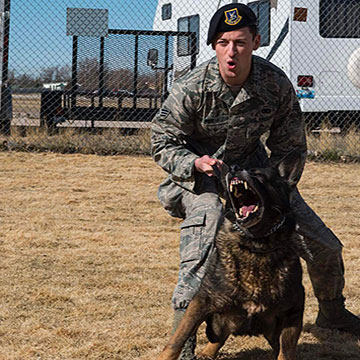 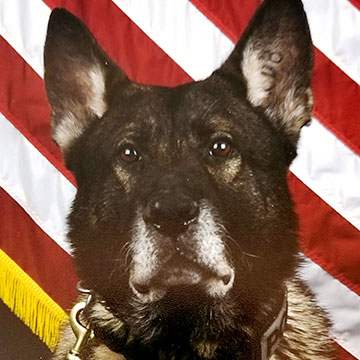 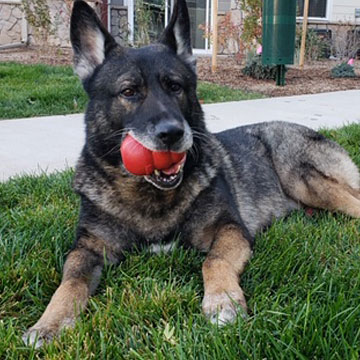 Oli has a standard military canine tattoo in his left ear that reads “Poppa 608” and he looks like a wolf—a large and in charge type of dog. He may come across as a rebel, but is as sweet as they come with soulful eyes. An Air Force veteran, the 10-year-old German Shepherd is ferociously loved by his last handler, and first and only adopters Kevin and his fiancée Gabby.

Kevin, an active Senior Airman in the United States Air Force, adopted Oli in September 2018. As his last handler before Oli’s retirement, their bond was strong.

“We patrolled the Air Force Academy base for nuclear weapons and illegal substances, sometimes walking six miles a day,” said Kevin. “So Oli went from living the Air Force life to living the ‘couch life’!”

Oli had been living in a kennel during his time on base, and was slated for retirement due to medical issues with his hips. After filling out an adoption application with the Air Force, Kevin was approved and started to plan a new life for his patrol partner. But first there were the medical issues to deal with to help get Oli back to being his old self—happy to search and explore. Allergies also caused the skin on Oli’s stomach area and ears to become itchy. Currently he is taking APOQUEL® (oclacitinib tablet) for his allergic itch and is doing much better. He also takes medication to help with his hip issues.

Potty training came second, and it was a success. Little by little, Oli was coming out of his shell in his new home. Soon enough, Oli was jumping on the couch and watching TV with Kevin and Gabby, going hiking, visiting the park, and playing with his new favorite toys.

The K-9 Courage Program has meant a lot to Kevin and Gabby, and the award funds have helped pay for Oli’s food and medication. Life is completely different now for Oli, with a family to call his own, and the adventures are just beginning for all three.

IMPORTANT SAFETY INFORMATION: Do not use APOQUEL in dogs less than 12 months of age or those with serious infections. APOQUEL may increase the chances of developing serious infections and may cause existing parasitic skin infestations or pre-existing cancers to get worse. APOQUEL has not been tested in dogs receiving some medications including some commonly used to treat skin conditions such as corticosteroids and cyclosporines. Do not use in breeding, pregnant, or lactating dogs. Most common side effects are vomiting and diarrhea. APOQUEL has been used safely with many common medications including parasiticides, antibiotics and vaccines. See full Prescribing Information. 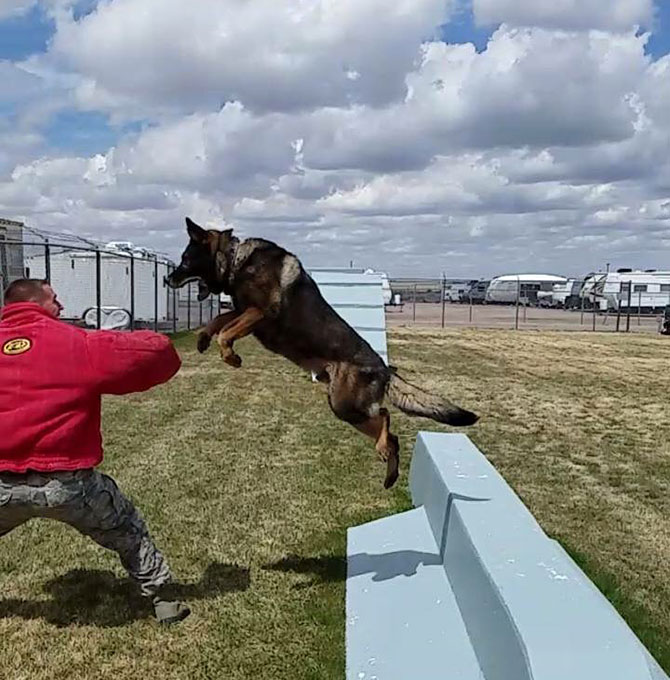 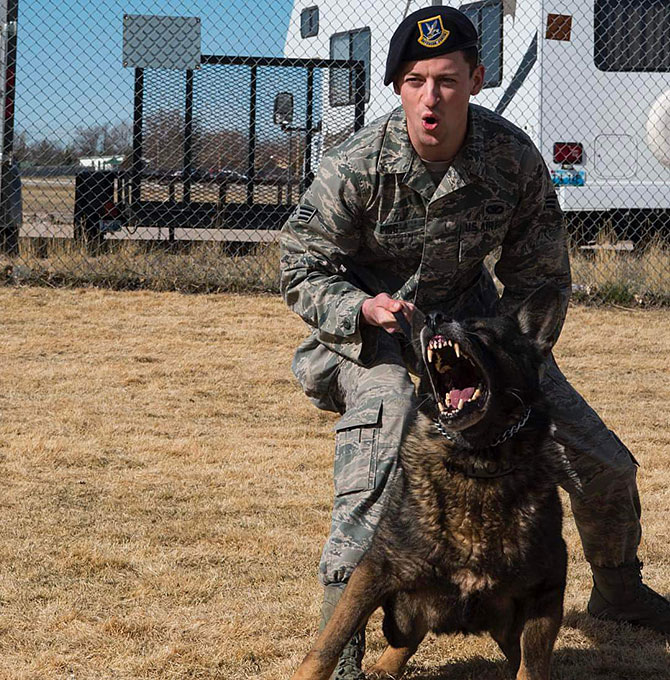