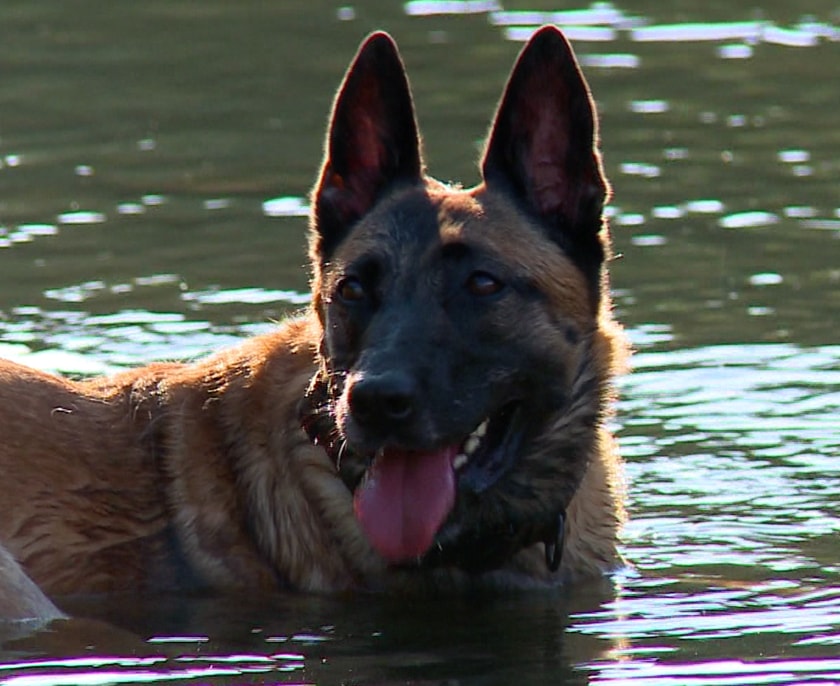 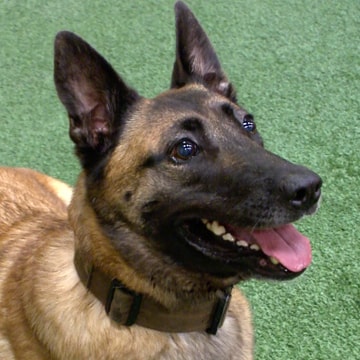 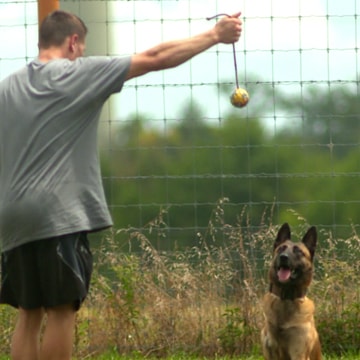 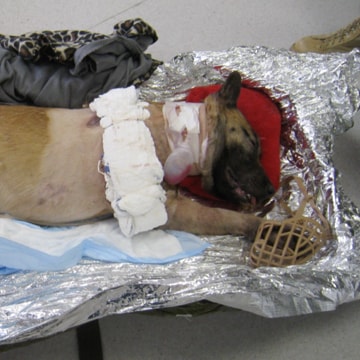 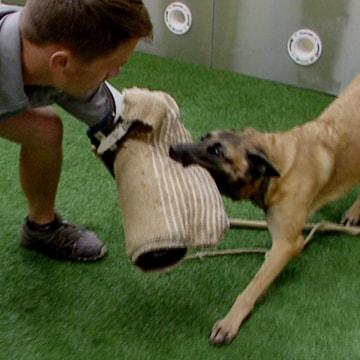 Julian McDonald and his Military Working Dog, Layka, were on deployment together in Afghanistan.

On one mission, they had to storm an enemy compound. When they entered, the compound was thick and dusty from a grenade explosion. Julian saw Layka checking out what he thought was a dead enemy combatant. Julian reached up to pull her off, and the man suddenly started shooting. Julian got Layka back to safety, but discovered she had been shot twice.

She lost one of her legs, and nearly lost her life, but because of her brave service, no men were killed that day. The parent organization of the 341st Training Squadron, the 37th Training Group honored Layka with an Official Award of Heroism – she was the first dog to receive it since WWII.

Julian was so grateful, he adopted her. Now, Layka wakes up every day happy and healthy. 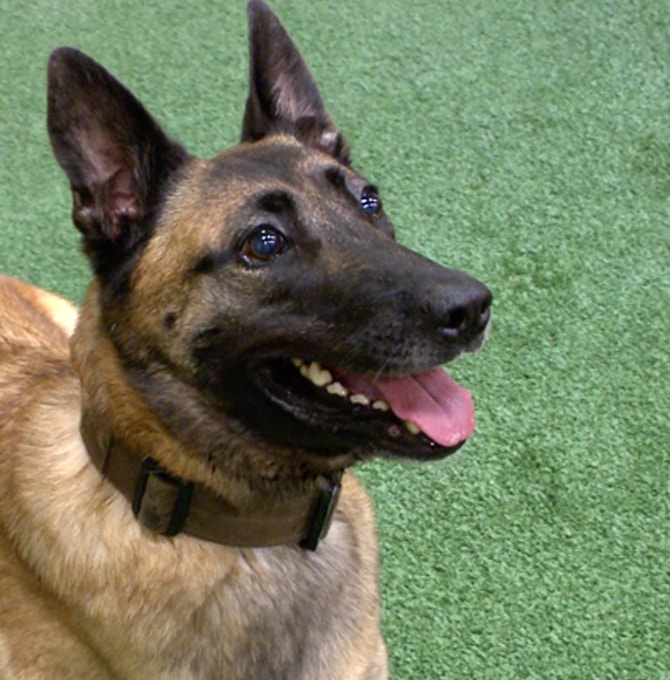 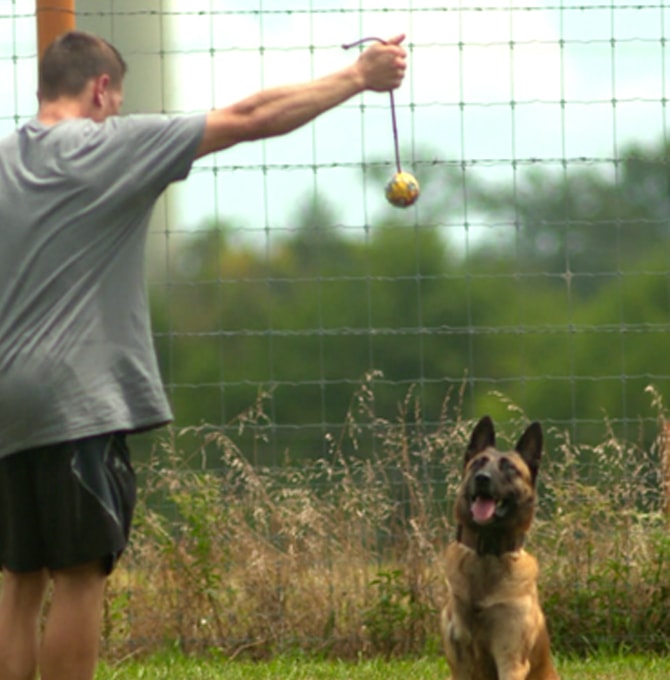