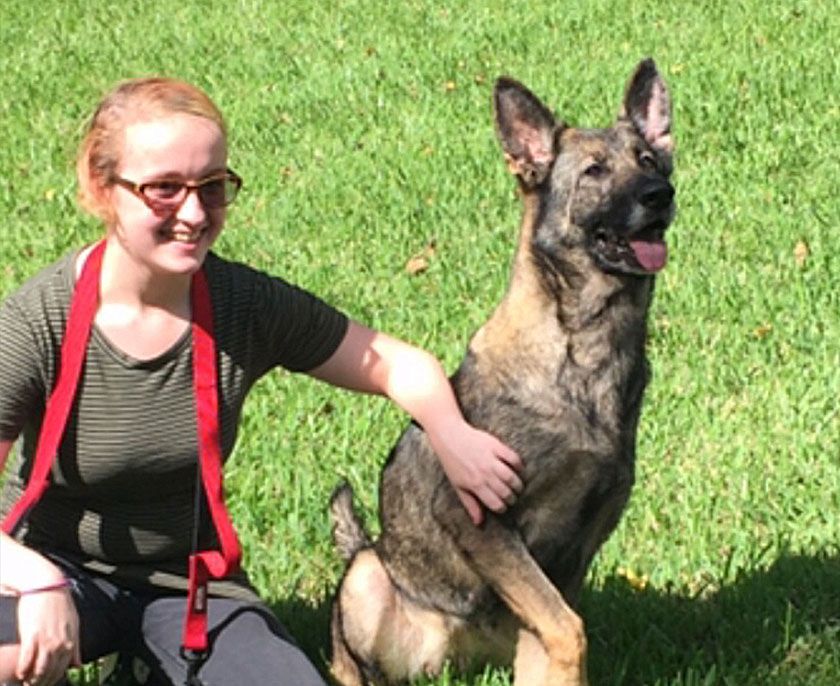 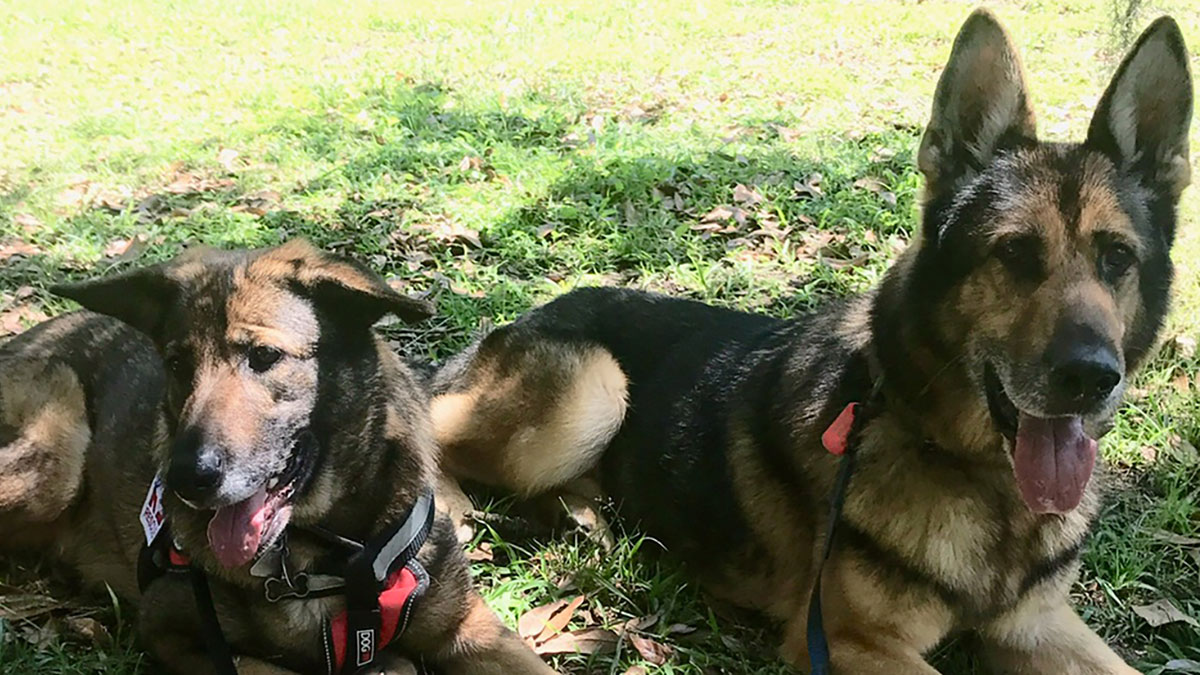 Saida was one of the lucky ones that made it out of Kuwait. 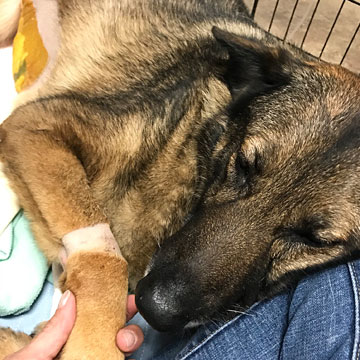 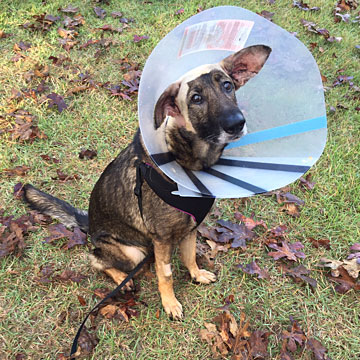 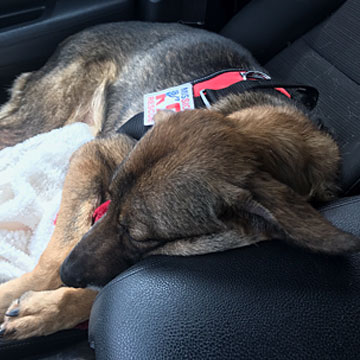 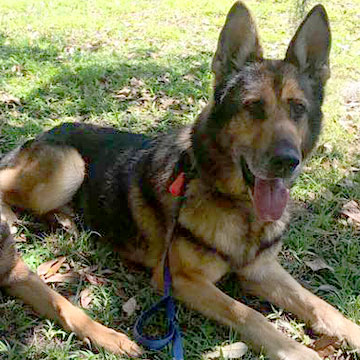 Saida spent her first five years of life as a Contract Working Dog (CWD), serving a private entity that contracted the dogs to a petroleum company in Kuwait.

When her contract with the company was cancelled, many of the working dogs in her unit were euthanized. Saida survived with help from Mission K9 Rescue. Mission K9 Rescue is a Texas-based organization whose motto is “To Rescue, Reunite, Re-Home, Rehabilitate and Repair any retired working dog that have served mankind in some capacity.”

“We were fortunate enough to adopt Saida and make her a part of our family. Saida rarely leaves my side – she watches my every move to ensure I’m never out of her line of sight,” said Cynthia Colceri, her adopter.

Saida’s new life in the United States did not begin smoothly. She had a chronic ear infection when she returned, which resulted in a bilateral ear ablation rendering her 90% deaf. She also developed a life-threatening gastrointestinal issue and had two major surgeries removing 16 inches of her intestines. If it were not for Mission K9 Rescue, which helped pay for her second surgery, Saida would not have survived.

Now in retirement at age six, Saida’s life is far from where she started, not only geographically but occupationally. Still in her prime, she needed a “job” to occupy her time. In her new occupation, Saida helps to find lost pets.

“We only bring Saida out on searches that involve older dogs, some of which are deaf or blind, or both. She has been very successful in reuniting families with their lost pets and she enjoys it tremendously,” said Cynthia.

“Our Saida girl has brought so much happiness and love into our lives, and we are so thankful to have her with us.” 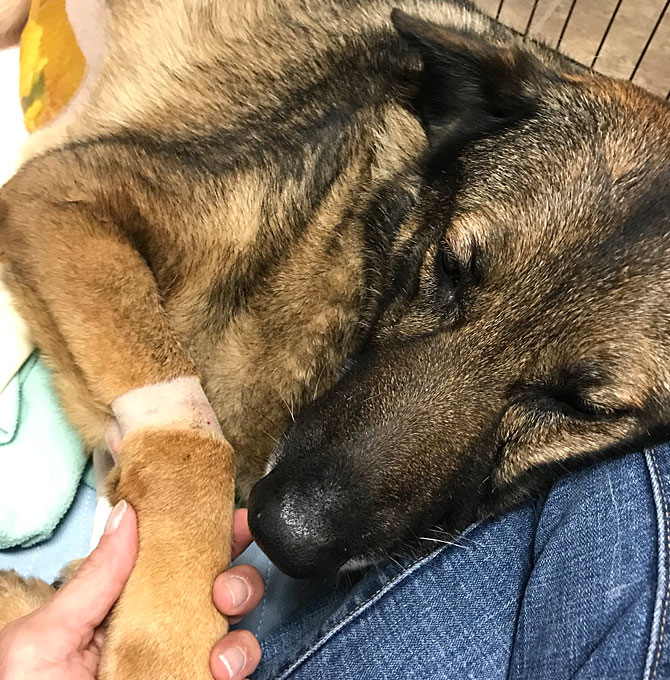 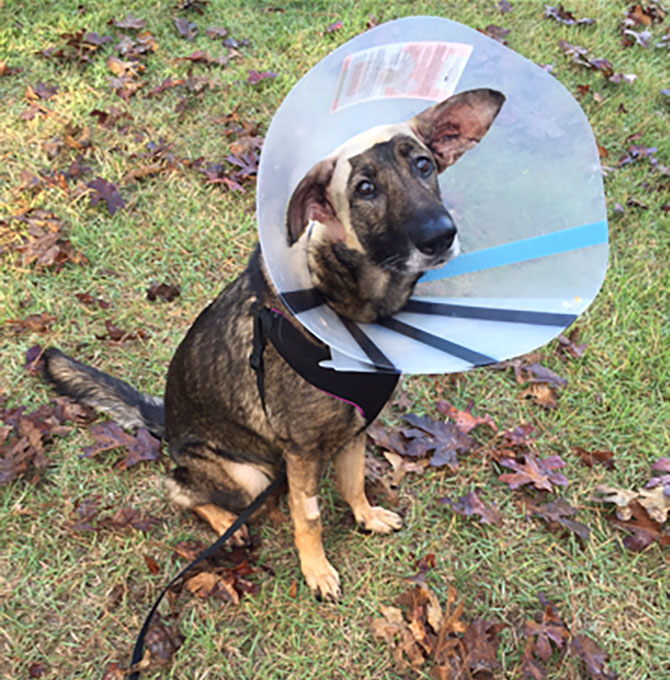