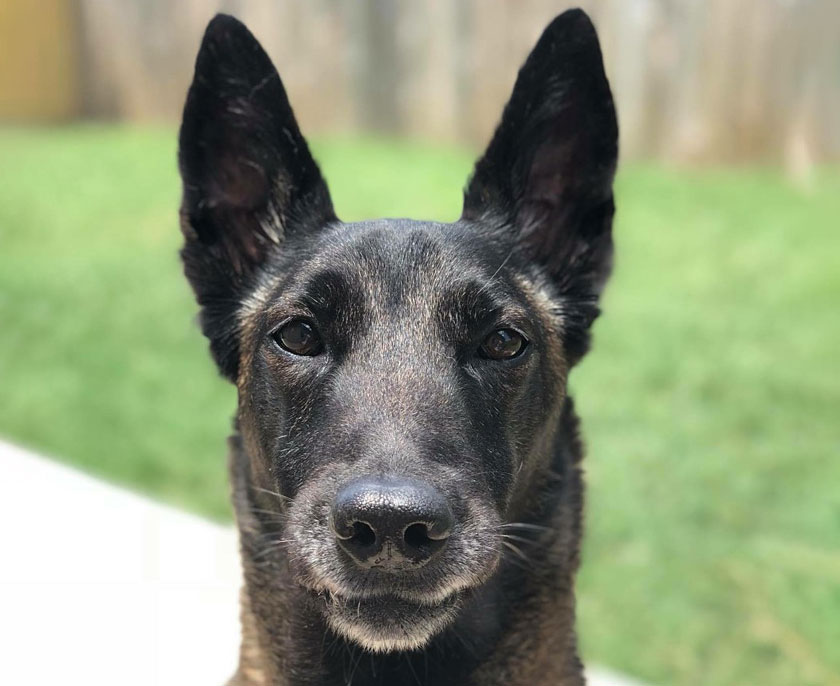 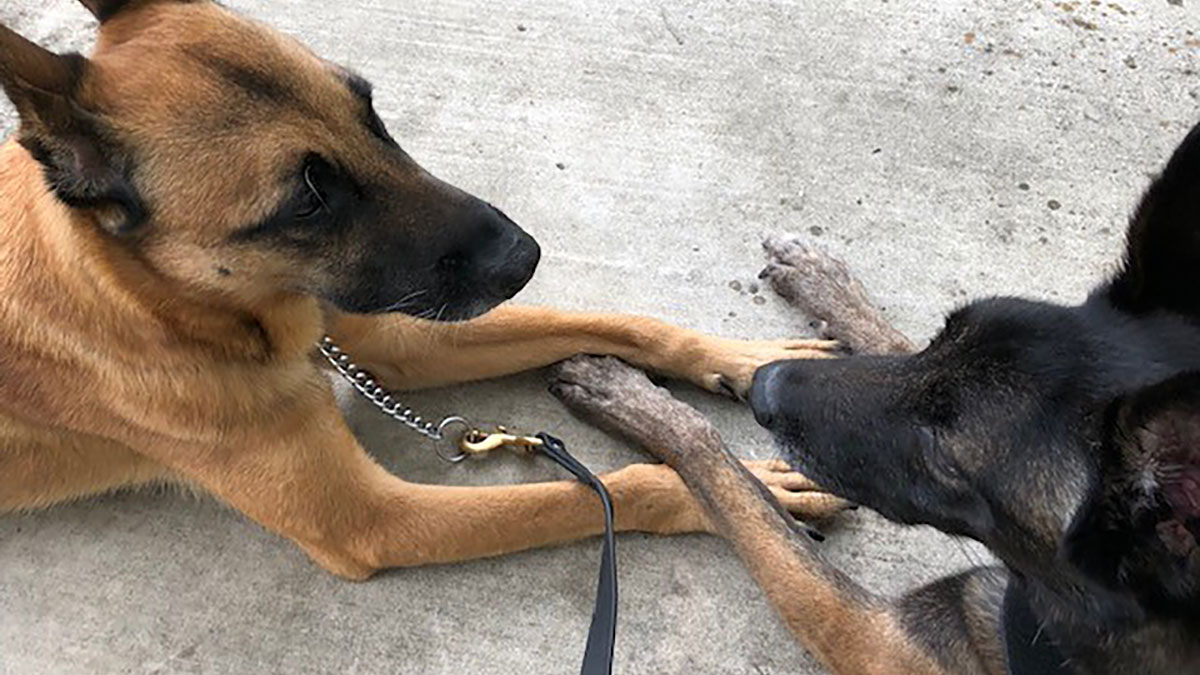 I see her improving every day. 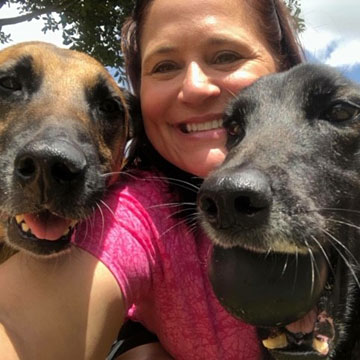 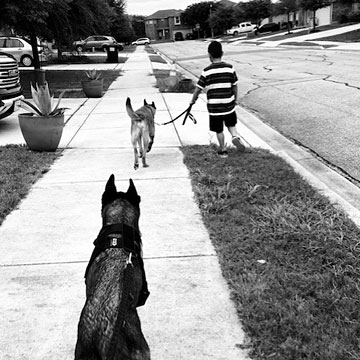 A Perfect “Foster Failure” For Us

Jennifer McElvain and her family had already adopted retired Contract Working Dog (CWD) Dino from Louisa Kastner, Vice President and Co-Founder of Mission K9 Rescue, in March of 2018. Shortly after, Louisa and Jennifer had a conversation about an active female working dog serving in Kuwait that had some health issues.

K-9 Cora was trained for narcotics detection and worked for the customs department which protected the borders and the airport. Unfortunately, in Kuwait, veterinary care is extremely limited.

Cora started exhibiting signs of trouble in November 2017, but all her veterinarians could do was place her on arthritis medication and make her more comfortable while she continued to work. It was not until February 2018 that the customs department allowed her to retire and let Mission K9 Rescue bring her back to the U.S.

After arriving home, Mission K9 Rescue and its veterinary staff really tried to find a diagnosis for Cora, which included extensive bloodwork, muscle biopsies and X-rays. She seemed to have hip and knee issues, as well as a neuromuscular disorder. Cora stayed at the vet clinic for almost two months.

Jennifer wanted to care for Cora, but had some concerns. “I just wasn’t sure if I would be able to handle Dino, who has PTSD, plus Cora who has serious neurologic issues.”

Finally, Cora was adopted in May 2018 by Jennifer. Cora is getting better every day thanks to her rescuers, Mission K9 and a financial donation from K-9 Courage Program. 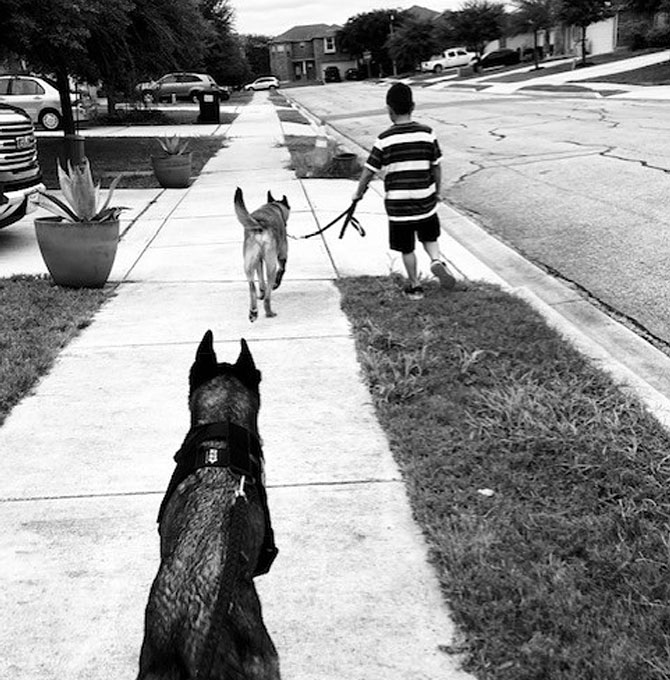