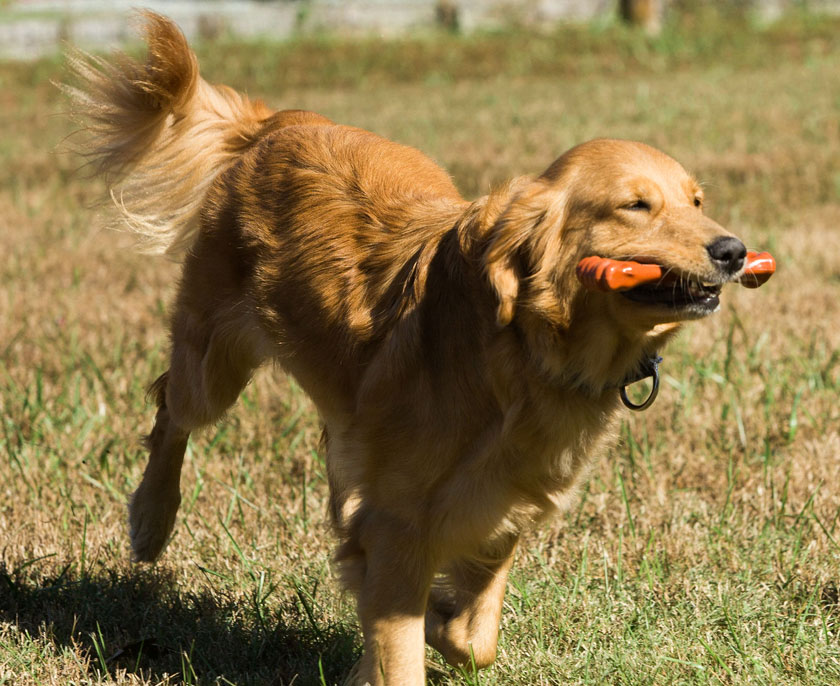 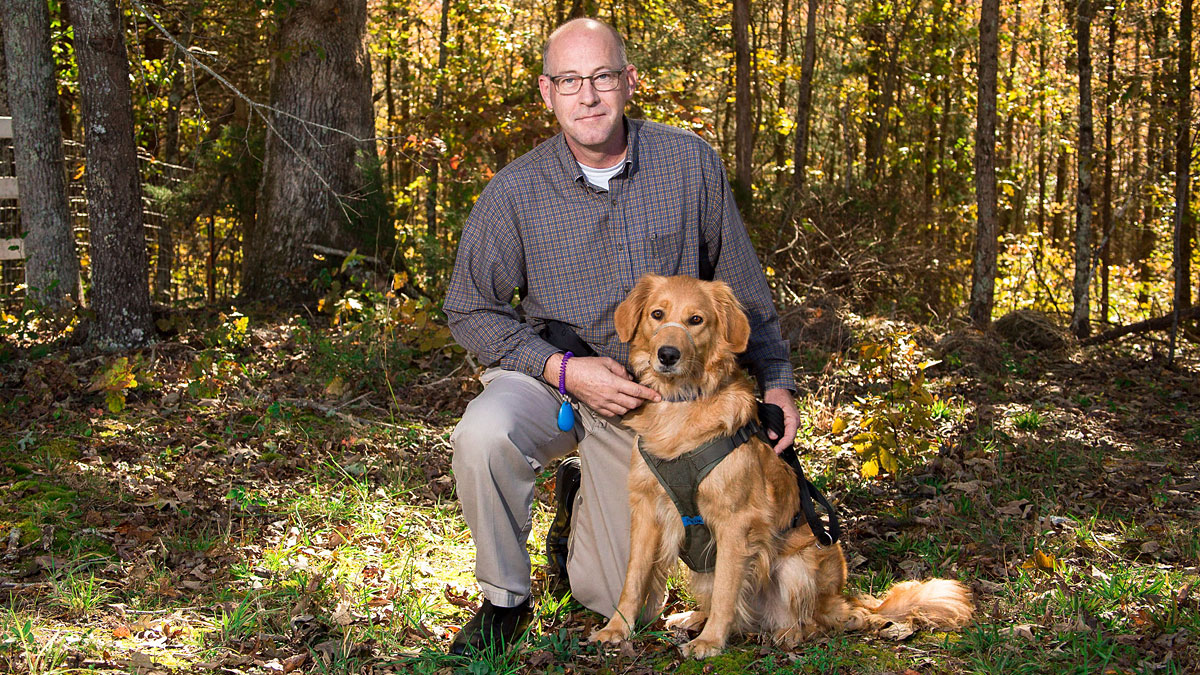 Sasha only has an open heart to who I am now. 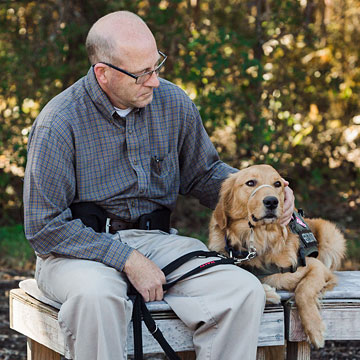 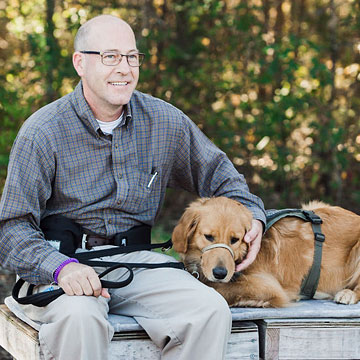 “My Inner Glow Was Fading Fast”

These were the words of John M. before he was paired with Sasha, his new service dog from Pups4Patriots™ through American Humane. The despair from his PTSD was taking a toll on his life and the people around him. The things he loved to do became mundane, and his hope that he could ever experience a normal life, or the one before PTSD took hold, was fading.

“I was headed down a path where less of my light was shining. It was due to feeling like I was alone. Family, friends, and acquaintances were not able to help me see that I had people who loved me and were doing their best to support me through the difficulty of PTSD,” said John.

Enter Sasha, John’s canine companion, who changed his darkened view of the world. “My service dog, Sasha, has been an instrument for the redirection of my life,” he stated. When Sasha entered the picture, things began to change for the better. She did not know his past and did not care about it. Just unconditional love, free of baggage and preconceived notions of who John was at that point in time.

Even though it has been only a little over two weeks since Sasha was placed with John at the beginning of training, she has already made such a noticeable difference in his life.

With her support and presence, John said he is starting to see that the things he once enjoyed are becoming joyful again. Instead of wanting to sit in his house because he was anxious about being out and fearful of other people, Sasha has given him the confidence that together they can handle whatever happens next. That means a day of stressful situations is more manageable, and he is slowly starting to feel positive again.

John expressed his gratitude for not only Sasha, but also for Pups4Patriots™, American Humane, and everyone who provided a way for him to start a new chapter of life with his service dog. “You cared for someone you didn’t know and your heart saw hope for a better day. Sasha is a true godsend for me.” His analogy is a perfect one: the shutters on the windows of his life are now starting to open with Sasha’s help. 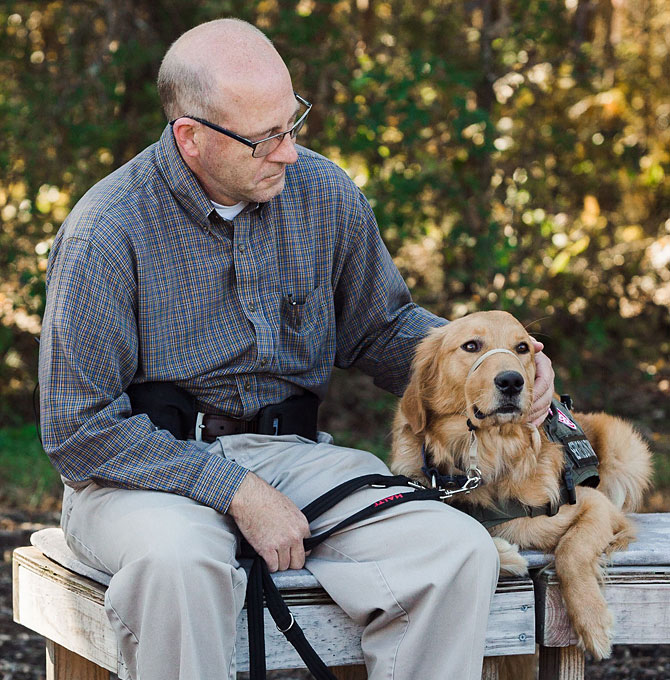 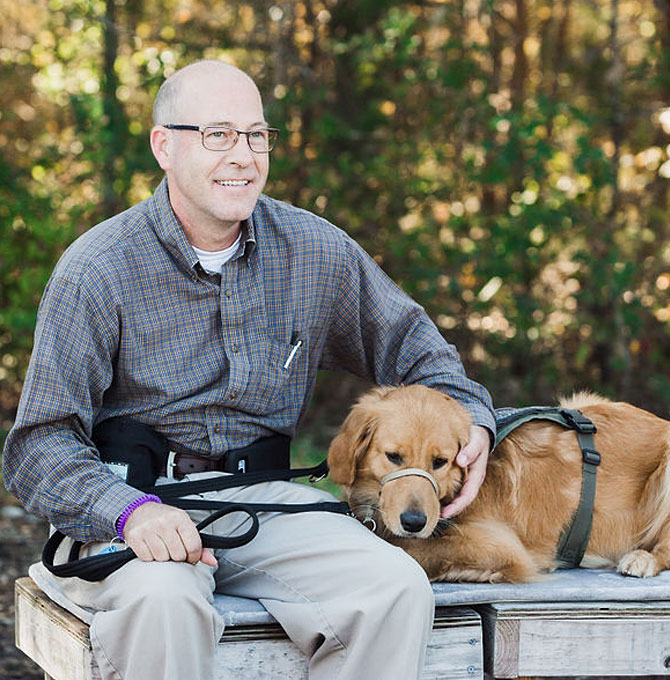