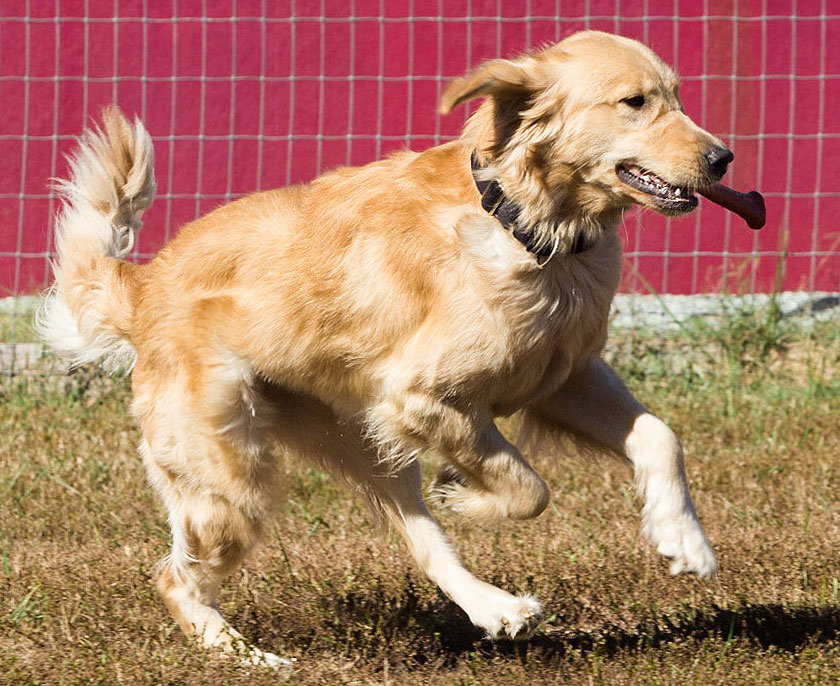 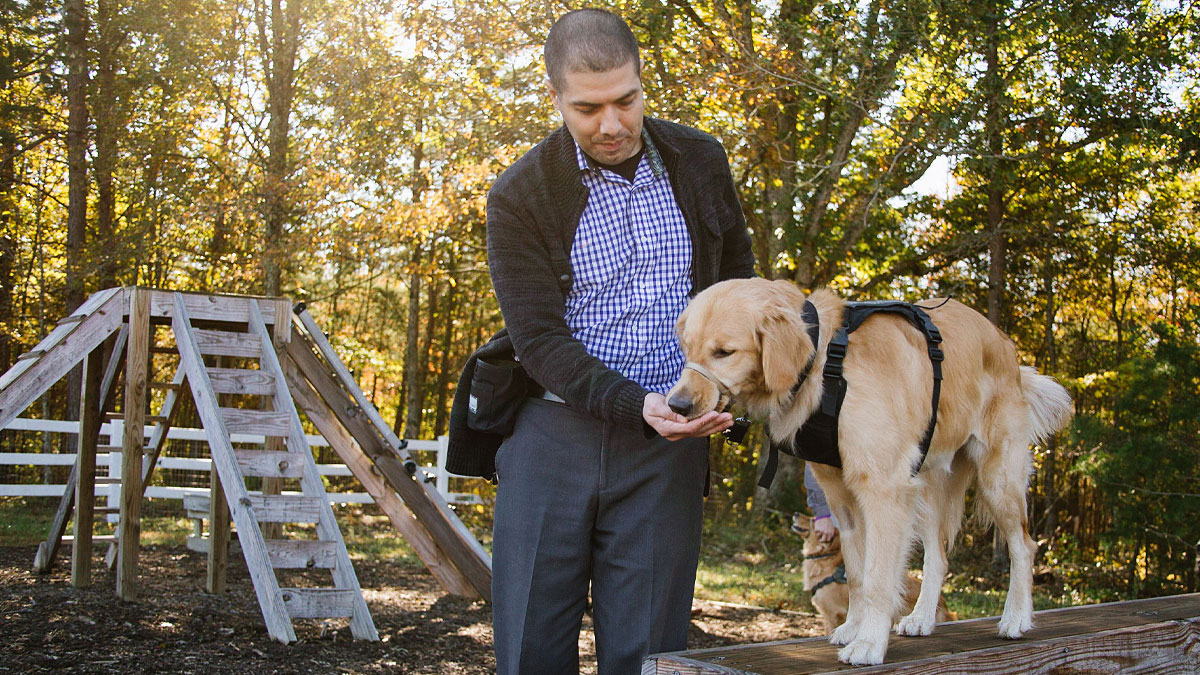 Starr has been my rock. 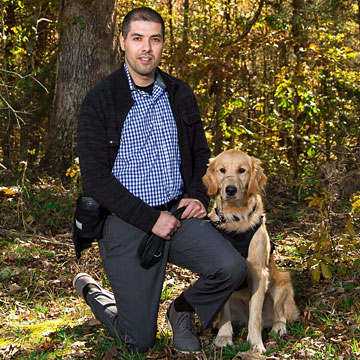 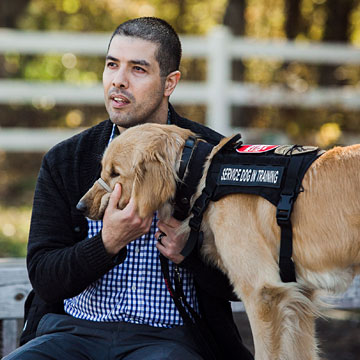 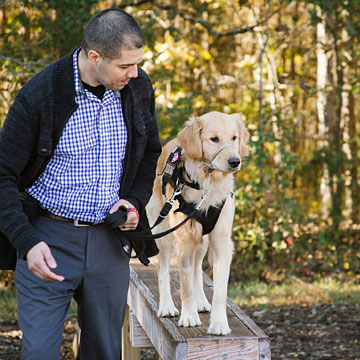 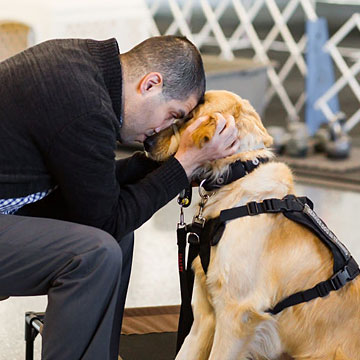 In March of 2018, veteran Jose Villalva lost his best friend Dum Dum, a 9-year-old mixed Lab/German Shepherd, to medical complications. Dum Dum was his battle buddy that he took everywhere.

During Jose’s battle with panic attacks, anxiety, depression and abuse of alcohol, Dum Dum was always there for him. He would lay in bed with, comfort, and make eye contact with him as he struggled with his internal wounds.

After Dum Dum’s passing, Jose felt alone. He did some research on emotional dog support and came across service dog support for veterans. The American Humane Pups4Patriots™ program was one of three organizations that he reached out to for help. It only took a few months for Jose to finally be connected to his new best friend.

Prior to meeting Starr for the first time, Jose was very nervous. “Was she going to accept me, will she be able to replace Dum Dum, will she understand my internal wounds, help me and be that rock for me? So many emotions were racing through my head. As we interacted that very first night, we made eye contact and I quickly knew, Starr was the one for me.”

A few days into training, Jose had relived that dreadful day on a mission in Iraq in his sleep. In July of 2008, his vehicle was struck by an IED. He couldn’t recall the incident or how he ended up in the middle of the field, however he could recall being evaluated by the medics on base. He heard a medic say, “Sergeant, you should be thanking your lucky stars.” After his evaluation, he headed back to his quarters, only to look up into the moonless night. One bright star stood out to him. It gave him light and guided him back to his quarters for the night. Waking up that morning, Jose chose the name for his new canine companion: Starr.

In Jose’s words: “During our days of training, we slowly started to build that trust for each other. On our last day of training, I stated to have a bad panic attack, started to sweat and get nervous and Starr started to act up, not performing tasks, not listening to commands and constantly jumping on me. That very moment Starr realized that my mood, physical, and emotional state of mind had elevated to a very high point. Without being told or asked, Starr relieved me of that attack by getting my attention, and de-escalating my attack by diverting all my attention to her.”

Jose and Starr left the training room to go outside for a walk and afterward, he was more relaxed and Starr was also relaxed. During that walk, Jose came down on one knee to make eye contact with Starr to say ‘THANK YOU’ for taking care of him just minutes ago. In that instant, they built a strong bond.

“For each one life you save, you have saved two lives. Zoetis Petcare not only saved my life because I abused alcohol to help me cope with my issues, but also saved Starr’s life. Earlier I mentioned a new chapter in my life, a chapter that I honestly thought I would never see, and today I am living that new chapter.” – Jose Villalva

Since coming home with Starr, there has been an enormous change in his life.

“Starr has been my ‘rock’. I can attend more outside activities where large number of crowds are present. Just being that person I used to be makes me happy. I’m not saying my internal wounds are gone, what I am saying is that Starr has started a new chapter in my life. A chapter that I never knew would ever exist. Our bond is only going to get stronger and deeper.” 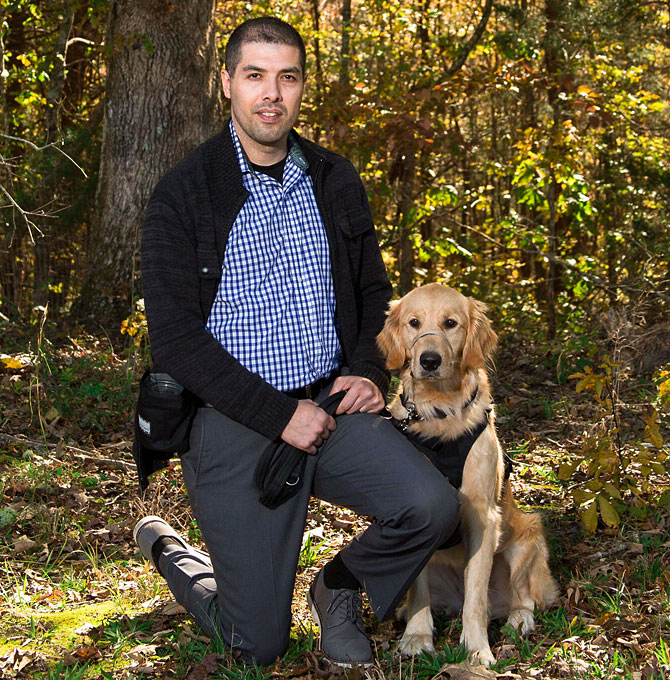 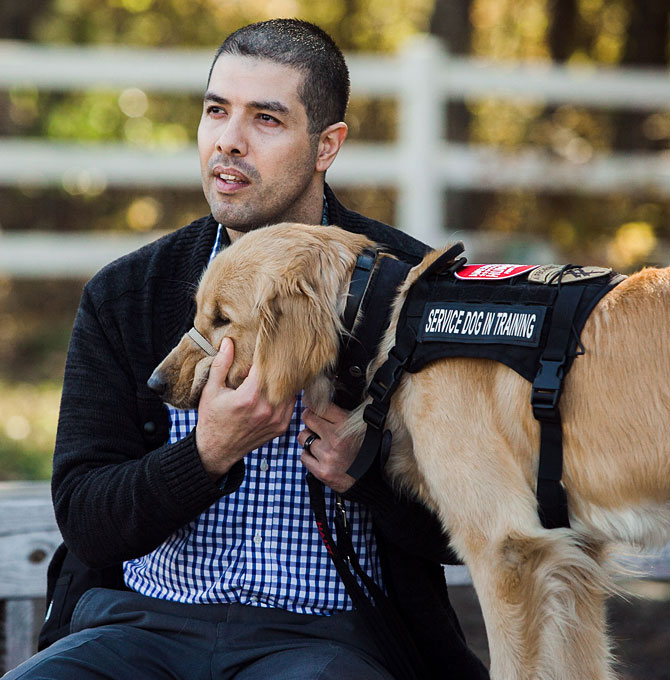