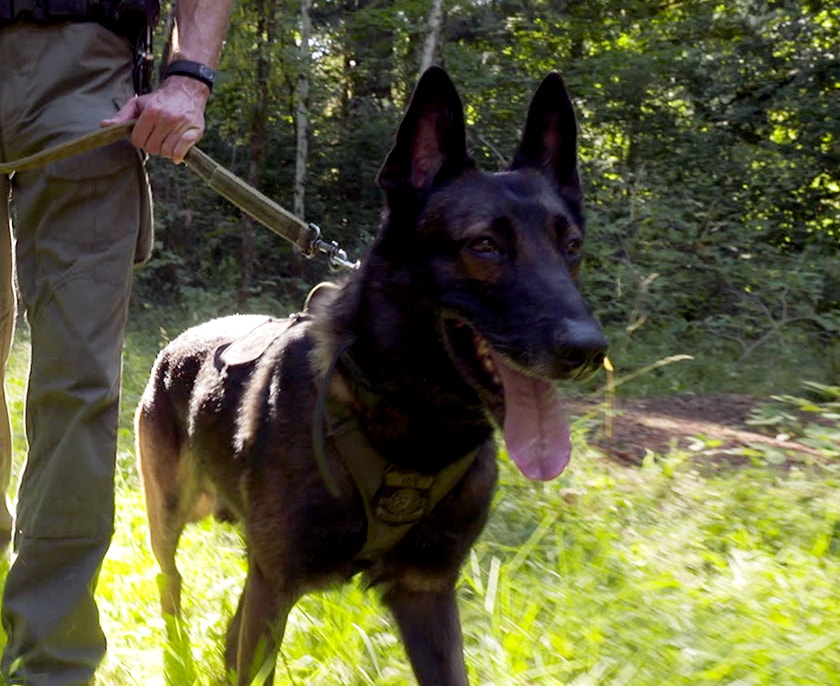 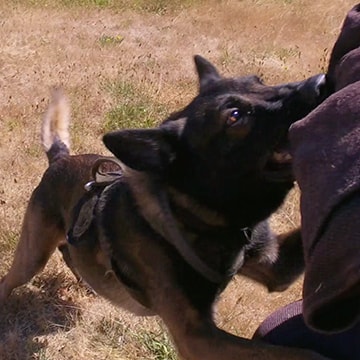 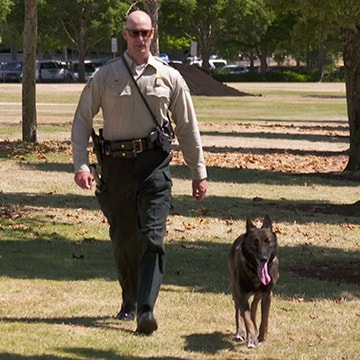 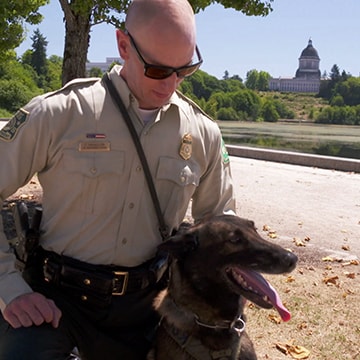 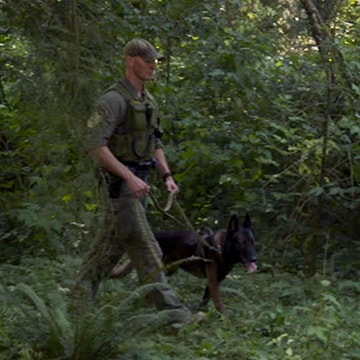 Ice is a Narcotics and Patrol K9 of the U.S. Forest Service and Deputies from the Trinity County Sheriff’s Office. He’s great at tracking fugitives and criminals.

On one mission, Ice spotted suspects in the forest. They fled, but Ice was up for a chase. He was able to apprehend the suspect and, in the midst of a struggle, Ice was stabbed with a knife.

When they arrived at the veterinary hospital, his blood count was low and he required extensive surgery. But Ice is a fighter – not only did he recover, he eventually went back to work.

In recognition of Ice’s heroism, the Director of Law Enforcement of Olympic National Forest presented him with the Award for Valor. 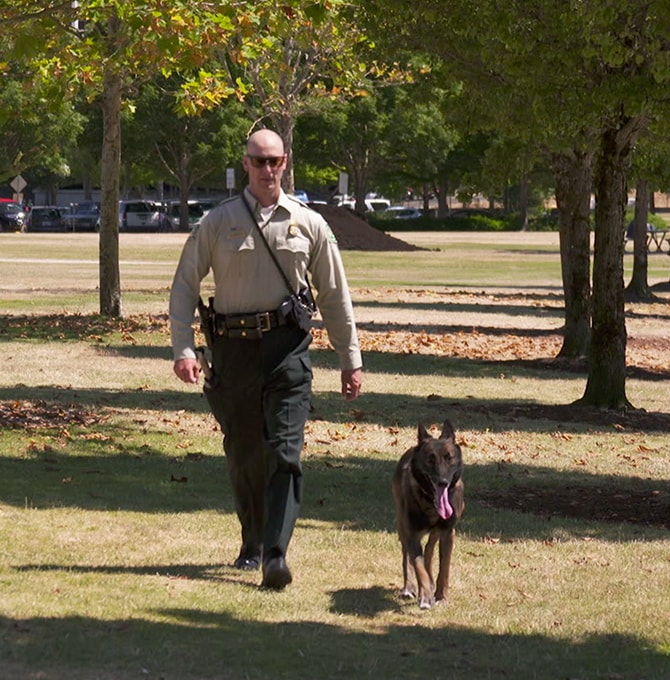 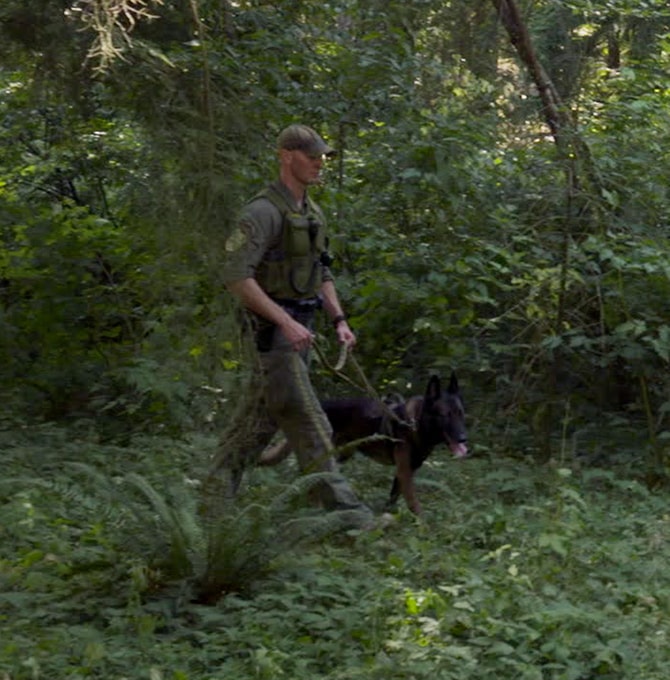